The second part of my trip around the Iberian Peninsula. After Spain I went to Portugal, which turned out to be a very unusual, beautiful, open and affordable country. It was once a huge colonial empire that had colonies in the Americas, Africa and Asia, but now it’s the only former European empire with such minimal influence over its former colonies such as Brazil, Angola, Mozambique and Macau. Moreover, this is the second empire after the British, whose colonies significantly surpassed the successes of the metropolis. Let’s see how Portugal lives now?

The southern coast of Portugal is considered a resort area among locals. The country is surrounded by the Atlantic Ocean, but it’s in the south that most of these lovely towns with large beaches where people tend to go on vacation are located.

Albufeira is one of these towns. It’s quiet and cozy, and it has a long wide strip of sandy beach along the entire coast.

They try to make the city accessible, despite the difficult terrain. Of course, some steps cannot be avoided, but from the steep slope to the beach you can easily go down the street escalator.

One of the beaches of Albufeira, closest to the center.

The water is cold in November, so there are almost no tourists now.

Another convenient way to get back to the city from the beach. In addition to the elevator itself, there is an excellent observation deck at the top.

The old town is very touristy, with souvenir shops and cafes with overpriced menus in foreign languages.

Many places are closed during the low season.

Liberty Avenue, leading from the old city to new districts. Back in time cars really drove here, but they decided to convert the road into a pedestrian zone.

Lots of new districts, and they also offer stunning views thanks to the hilly terrain.

Lisbon turned out to be a very beautiful city.

As everywhere in Portugal, they have impressive elevation differences.

Decorating facades with tiles called “azulejo” is a special Portuguese thing. They are everywhere here: on residential buildings, on squares, on churches, they are used to decorate floors, walls, and even to make paintings of it.

Azulejo always has some pattern, it’s never just one color.

Usually they have some kind of geometric shapes, sometimes you even can find unique paintings.

Where else in the world coffee shops serve port wine? 🙂

Lisbon is located in a small bay, the Atlantic Ocean begins almost immediately outside the city.

The main square is designed in such a way that ships that enter the city are in the center almost immediately. Reminds me Venice, the only difference is that they come from the sea instead of the ocean. The entrance to the old city is located directly behind the triumphal arch, and buildings of parliament and main ministries are located around the square.

Spacious food hall near the waterfront.

Can’t help enjoying the beauty of this city.

Elevator to the next level.

In general, Portuguese cuisine is very simple, but to me even a salad of fried octopus with onions and olives seems to be something unusual.

Nothing special, just a guy walking his pet pig.

Arch at the entrance to the church.

Portuguese cyberpunk: instead of firing candles, they have small lamps that light up when inserted into the slot. Nuns pull them out and put in the box below from time to time, so the candle can be turned on again. Costs like firing normal candles though.

Portugal surprises with low prices despite good service and high quality of products. This is probably the cheapest Western European country.

An unusual park that turns into a green avenue further.

A small provincial town higher up in the mountains.

The houses are slightly worned out, but streets are very neat.

A beautiful old castle on the mountain above the city.

But up close, it turned out that it’s completely abandoned.

Unique facades made of Portuguese tiles.

Sometimes you can see these awesome bridges between buildings.

Building around the old town are bigger, but share the same style.

A park along the river.

Street art can be different. 🙂

The first capital of Portugal.

Now Coimbra is a college town. One of the oldest universities in Europe is located here, and it’s so large that a third of the city’s population is somehow connected with it (study or work).

Cool layout of one of the buildings of the University of Coimbra.

If the elevation differences in Lisbon are impressive, then here they are simply dizzying.

Old streets always go up or down.

This city has even more tile facades. Most of the buildings in this photo are decorated with it.

I must admit, on this scale it looks really amazing.

The weather began to change dramatically, and the city got covered with fog coming from the ocean.

Quarters of the old city above the river.

Porto is located on both sides of the river, while all the bridges are the same high. This is the most interesting one: cars drive on a small bridge below, and subway trains run on the one above, at the altitude of 85 m.

A church decorated with Portuguese tiles. Each section has a unique Christian-themed painting.

Waiting out the rain at the port wine bar. Here, in its homeland, they have many of them, and this is really a separate reason to visit this city.

People are waiting for the bus in line.

And, of course, images on the ground are made of tiles as well.

In the west of the city, the Douro River flows into the Atlantic Ocean.

This embankment is just as impressive as the one in the city center.

There were strong waves from the ocean, and the remains of someone’s boat washed ashore. The police arrived, the helicopters were lifted.

A stone fort right on the shore.

Meanwhile, literally a mile away, fishing boats are peacefully parked behind the breakwaters.

In the summer, such sunsets happen every day, they say. 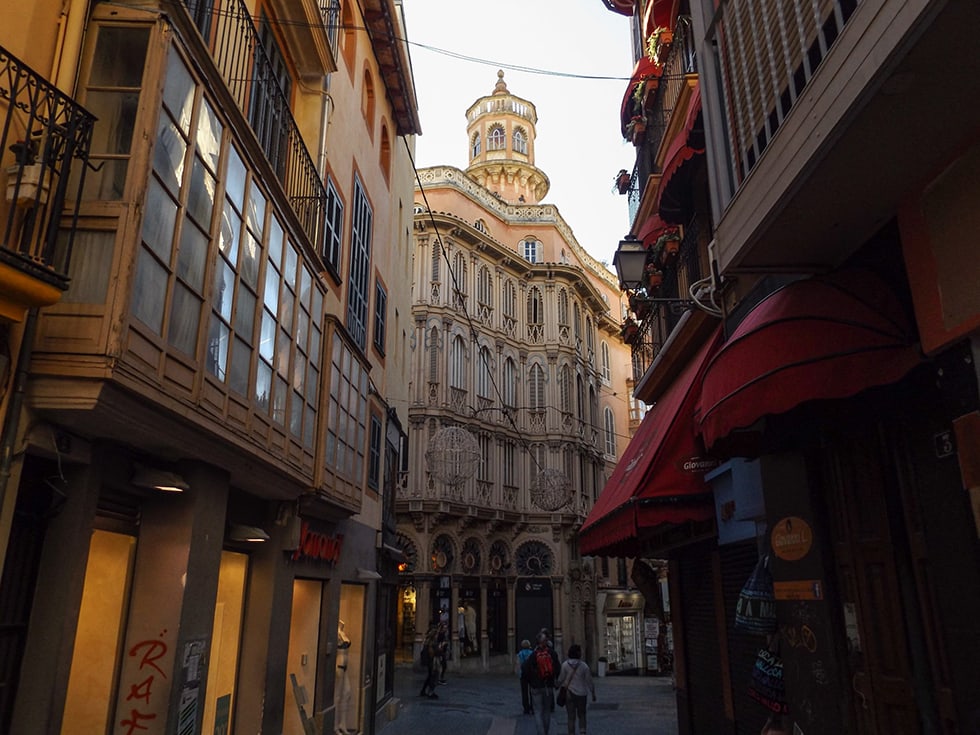 Edge of Europe: Spain and Andorra