A slight deviation from the route Vladivostok — St Petersburg, inspired by the history of Chekhov – to a large island in the middle of the ocean , Sakhalin island. Let’s see how Russians live on an island that, according to all the laws of logic, should be part of Japan, but as a result of WWII it passed to us?

You can get to Sakhalin in two ways: quickly by plane and like me.

First, having driven to the coast through the taiga and mountain passes of about 500 km … Sometimes there were mournful flocks of trucks that stopped to wait out the cold night literally in the middle of nowhere.

… then after spending half a day in a seaport, waiting for a ferry connecting the Eurasia mainland with the Sakhalin island …

You should have seen my face when a whole train began to enter the ferry, which had finally arrived, on pre-docked rails. O_o

… and then another 15 hours in the cabin of a slowly floating Soviet monster.

A kind of traditional Russian move with a purely indicative respect for the civilian population of the conquered territory. All the same, then they will be rutted.

Under the Japanese, the city was called Maoka. A dumb town whose only source of income is the ferry that it owns.

Since the 70s, Sakhalin has been consistently promised a bridge. With the advent of the bridge, the ferry would become useless, as would the entire city serving it. Actually, here with the naked eye you can see that the last half century, the population is preparing for an imminent end.

Although the insane spending on the freshly captured Crimea gives the Kholmsk hope that the Sakhalin bridge will not be remembered soon.

City center, square you know who. Dozens of taxi drivers in Soviet and seasoned Japanese cars, although very few people use their services: the city can be walked around in half an hour.

The poster hints, as it were, that the leisure of the townspeople is not particularly diverse.

The Japanese railway. It turned out to be so high quality and reliable that it is still used today.

I catch a ride, suddenly this monster leaves the thickets. O_o Cool man, drove several kilometers along the highway to his village, gave him some tea, and actually explained why Kholmsk is like that.

Opposite his house, by the way, lives an old Japanese man. He fishes, sells tackle, and his house is so different from the rickety Russian fishing huts that I just could not pass by. The difference in mentality.

In general, a nice little place. It’s a pity that there is no one to make it comfortable for life.

The Japanese name is Honto. Several years ago, the city was destroyed by a strong earthquake. There was not much money in the city treasury, so it seemed that he was doomed.

But then someone thought: why not allocate money from the federal budget and do it humanly?

It is much more surprising that the budget was not cut, but really put everything in order. Normal houses now stand in place of the old shabby Khrushchev.

And even schools and kindergartens, which are not disgusting to go.

Against the background of the city that has risen from the ruins and barely shook itself off the ubiquitous Lenin looks a little comical.

As well as Russian stereotyped propaganda.

Sometimes behind the straight lines of new residential complexes flashed paths already overgrown with grass and weeds to the ruined port.

Communications are laid on the surface. The understanding of the correct approach must have come from picking out the old ones from the ruins.

Somehow they completely forgot about the typhoon wind during a tsunami, but 60 m / s (more than 200 km / h) would simply blow away a person standing on a hill.

Smooth rows of club houses on the outskirts of the city. Even seemingly contented people live. Amazing.

Driving further to Yuzhno-Sakhalinsk. The driver said that, although there is order in Nevelsk, there is no work at all, everything rests on social security. And also that this road was laid just two months ago, a year ago, almost the entire island was connected by dirt roads.

This is the first time I see such clusters of road signs. My travel companion jokingly called them “grapes of anger,” and I thought that what was happening around really was somewhat reminiscent of Steinbeck’s novel. “Defeat is in the eyes of people, anger is ripening in the eyes of the hungry. In the souls of people, grapes of anger are poured and ripen – heavy grapes, and they will not ripen for long now. “

The Japanese name is Toyohara. In fact, the only truly live city on the island.

Before the Russo-Japanese War, there was a small village of Vladimirovka here. After the victory over Russia, the Japanese decided to make here the administrative center of the new prefecture of Karafuto. If they knew what would happen next, they would hardly have done their best, but in the end the city turned out to be cozy and promising.

The teikan-style museum of local lore went to Russia as a trophy after the “liberation of Sakhalin” in World War II. By the way, this is not the only example of the architectural masterpieces of militaristic Japan that remained on the colonial lands after the collapse of the empire.

Everything is according to the canons, next to a nice park with a small pond.

The Russians did their bit by stopping cleaning the water for the poor koi carp.

And bringing stupid exhibits like the first Japanese tanks to a cute little park. What for?

Asahikawa Square, in honor of the second largest city on the neighboring island of Hokkaido.

New houses, however, differ from Khrushchev’s only in the height of the floors.

Near each traffic light there is a light line that duplicates the signal for a pedestrian.

There are many cafes, shops, shopping centers in the city. There are even shawarmeshni. People really spend time on the street, and do not dash from point A to point B, as happens in all other towns on the island.

The main port city of the island. Under the Japanese it was called Otomari and for the first couple of years it was even the center of the prefecture.

After such a central square, I don’t really want to go further.

Perhaps the only decent looking street in the city. Alas, quite short.

And this is what the rest of the city looks like. Kilometers of low-rise buildings and slums.

Korsakov’s latest technologies. What’s funny is that passers-by are afraid to throw garbage into this bin and prefer to walk the extra three meters to the next, ordinary one.

Lunch even in the daytime? Wow, this is really cool!

An unexpectedly well-groomed playground. Directly in front of the industrial zone and the entrance to the port.

Port “Korsakov”. It was built by the Japanese a hundred years ago, since then it has greatly expanded and overgrown with an industrial zone. There are Korean, Chinese, Japanese and even Russian ships in the parking lot. In general, really international.

The industrial zone stretches along the coast for kilometers, cutting off the city from the sea. Everywhere there is some kind of movement, everywhere they work.

Ship graveyard. True, only skeletons were left of the ships here, everything else was cut by metal hunters long ago.

The scale is impressive: rusty metal remains occupy the entire bay, entirely. Previously, there were dozens of abandoned ships and it must have looked very cool.

Even at the pier itself, the remaining pieces of ships can be seen through the layer of water.

At first glance, this is a typical Soviet park of “culture and rest”.

But real mountain streams flow in this park and there are so many pleasant, natural-looking places that you start to doubt: “Am I in the forest?” This is really cool.

Fun bookcrossing stand. “Young” enthusiasts get acquainted with the assortment, discussing what to put in return.

An hour before dawn, I climbed to the top of the hill to look at the night city.

This is how they live here.

And it’s time for me to go back to, as the locals say, “the mainland” continue my long trip. 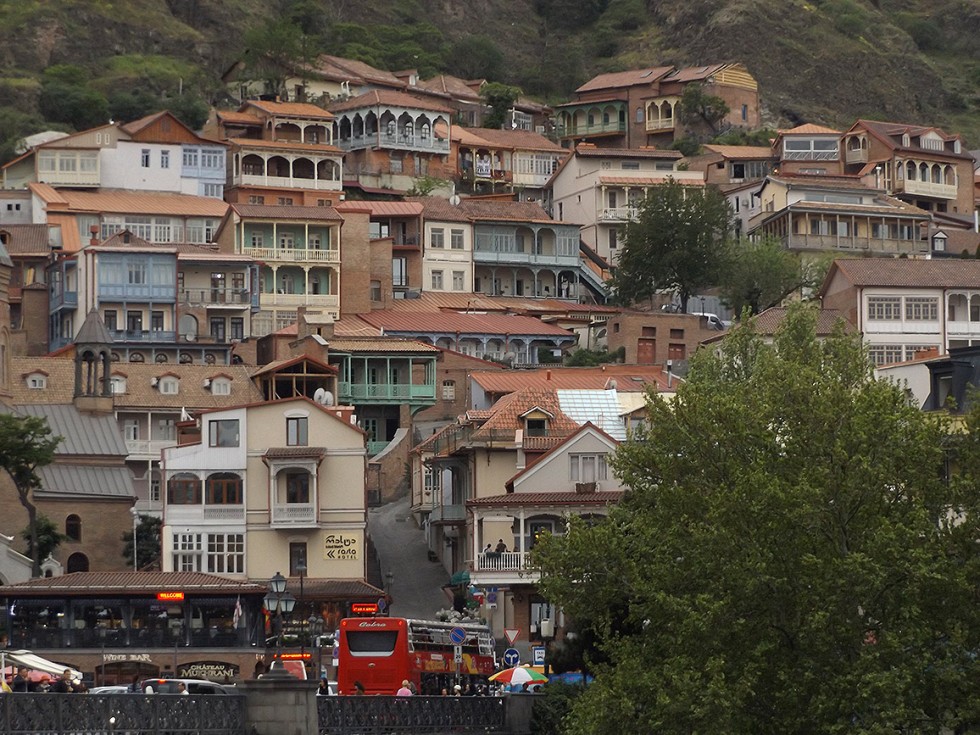 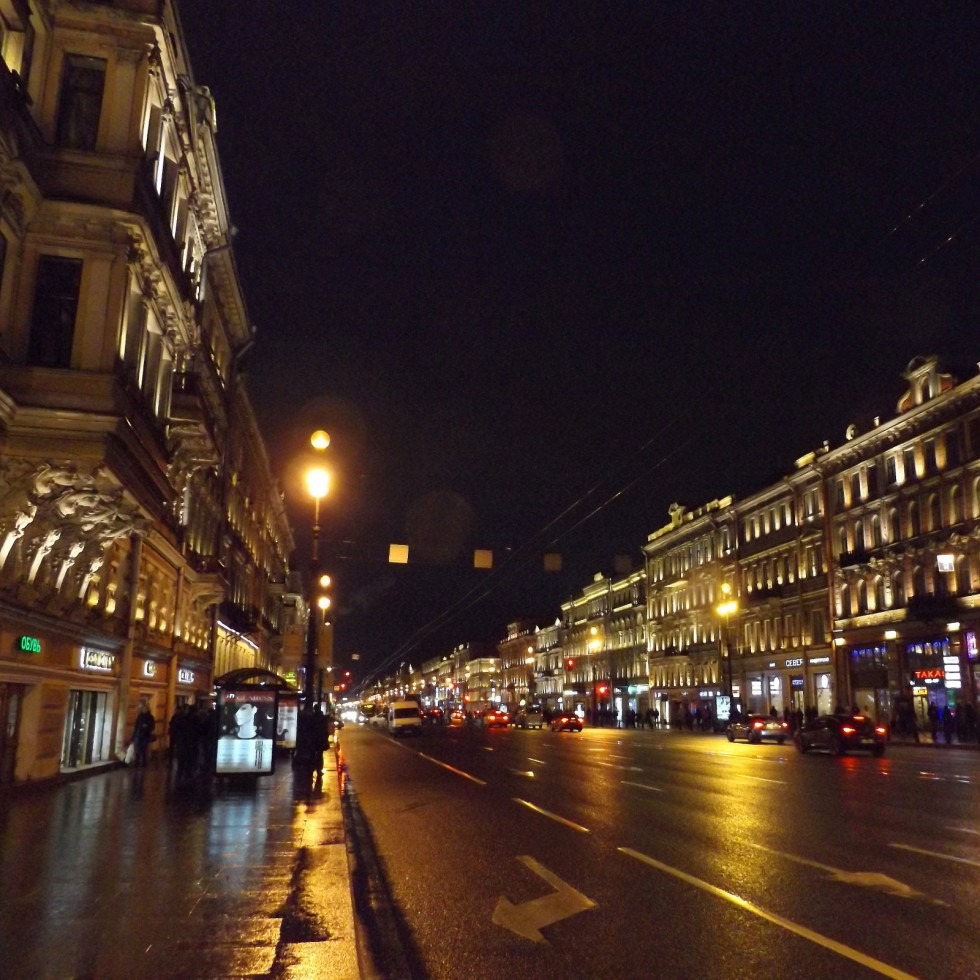 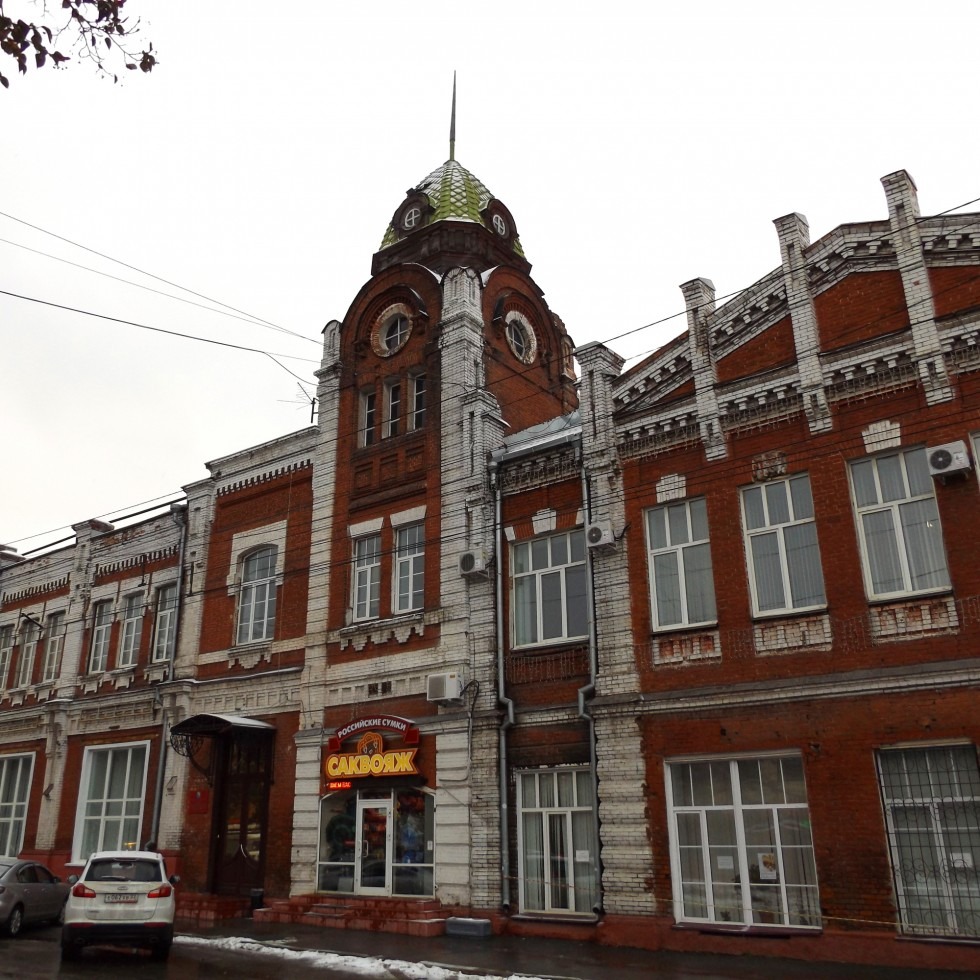